Digital Investigations – What is the evidence and where is it?

The WCIT Security Panel and Financial Services Group have joined together to host a webinar titled: Digital Investigations – What is the evidence and where is it?

Gus is an entrepreneur and angel investor with 32+ years of demonstrable track record in defining and implementing strategies which drive business growth and performance in technology focused organisations. He is a founder of a company providing Business Intelligence, Artificial Intelligence and Machine Learning to over 250 multinational organisations, and an investor in several start-ups.

He is active in the City of London. He represents the company on the FSG and is the Chair of the Investment Committee. He is also a Director and Trustee of Hertfordshire Charitable foundation which is a local charity.

Dr. Jan Collie is a digital forensics and cyber security specialist with wide-ranging experience in corporate and criminal investigations. These have included everything from fraud, hacking and IP theft through to rape, murder, blackmail and terrorism. Jan is a CUBS accredited Expert Witness and is frequently called upon to give evidence in major court cases. She has a PhD in Digital Forensics, Data Security and Cybercrime and continues to publish academic papers. Jan is MD and Senior Forensic Scientist at Discovery Forensics Ltd, London and a Lecturer in Cybersecurity at the Open University.

Dr. Andy Jones. After a 25 year career in the British Army he became a manager and a researcher and analyst in the area of Information Warfare and computer crime at a defence research establishment. In 2002, he left the defence environment to take up a post as a principal lecturer at the University of Glamorgan (now the University of South Wales) in the subjects of Network Security and Computer Crime and as a researcher on the Threats to Information Systems and Computer Forensics. He created and managed a well equipped Computer Forensics Laboratory and took the lead on a large number of computer investigations and data recovery tasks.

In 2005 he joined the Security Research Centre at BT where he became a Chief Researcher and the head of information security research. During his time at BT he managed a number of research projects and led a series of projects into residual data on second hand media. He developed a digital forensics laboratory to support both the research and operational areas. While at BT he co-authored a book on how to create and manage a digital forensics laboratory that has since been adopted by a US Government department. In 2009 he moved to a post as the Programme Chair for the MSc. in Information Security at Khalifa University of Science, Technology and Research in Abu Dhabi in the UAE where he developed and managed a research laboratory.

While in Khalifa University he co-authored a book on digital forensic processes and procedures to meet regulatory and international standards. He moved back to the UK in 2013 where he wrote a book on Information Operations. He then took up a post as the Director of the Cyber Security Centre at the University of Hertfordshire where they carry out research into information security and digital forensics. He retired from that post in 2019 and is currently working with the University of Suffolk to create a new Forensics and security research and teaching capability. He holds posts as visiting professor at Edith Cowan University in Perth, Australia, the University of Hertfordshire and the University of South Wales. He holds a Ph.D. in the area of threats to information systems. He has written seven books on topics including Information Warfare, Risk management and Digital Forensics and Cyber Crime has also had more than 100 papers on the same subjects published. He is currently writing a second edition of the book on digital forensic processes and procedures.

There is no charge but we encourage you to donate to the WCIT Charity. You will find details of how to donate in your confirmation email. 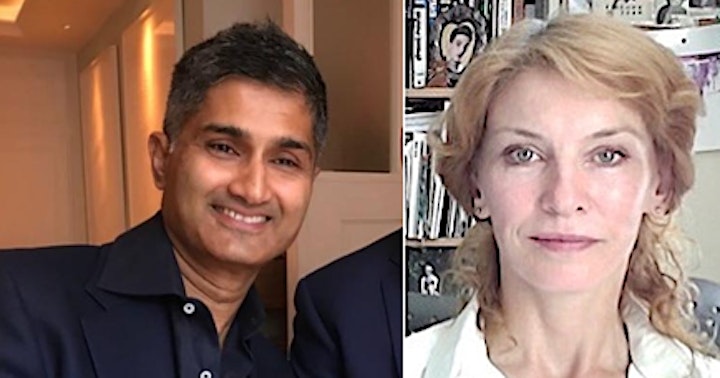 Donate to the WCIT Charity
Tweets by it_livery